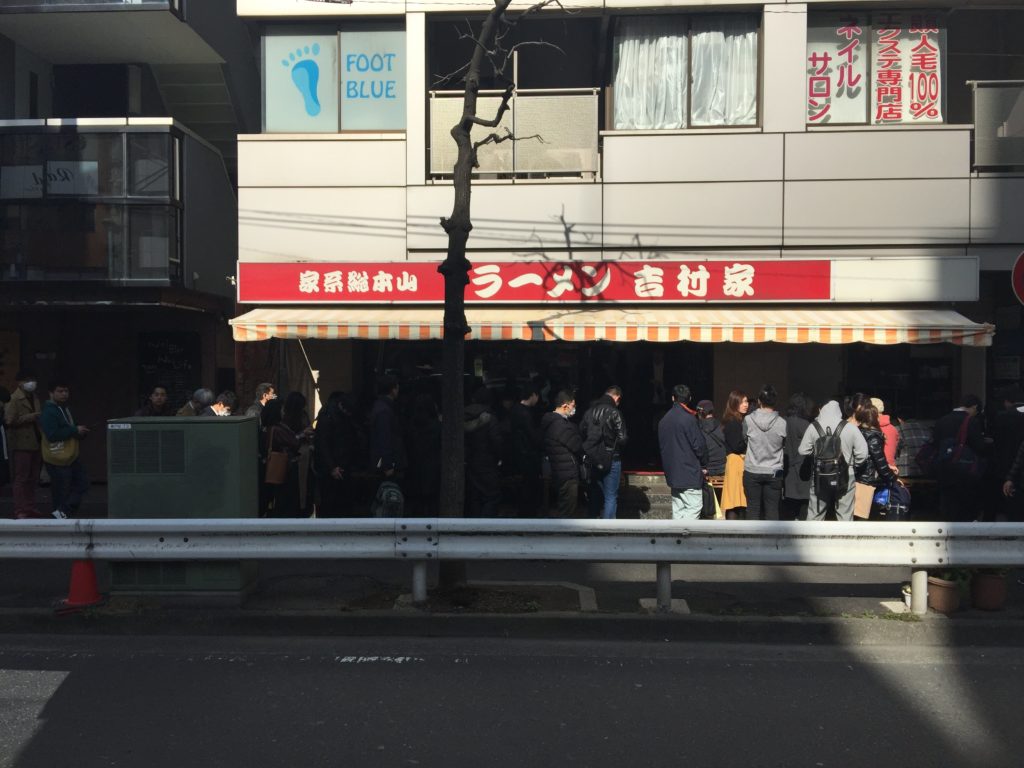 I happened to be heading down to the area and decided that I wanna have ramen. Not just any ramen, but the best one that Yokohama has to offer. After some research, the place that caught my attention was Yoshimuraya, one that most frequently appears on all the “best ramen” lists that I read.

Apparently, Yoshimuraya is the originator of the ie-kei (loosely translated to home-style) style of ramen which began around 1974. This style of ramen features thick straight noodles in pig bone soy sauce broth. The idea for this style came when the founder of Yoshimuraya thought that mixing Kyushu's pig bones ramen broth and Tokyo's soy sauce ramen broth will make a delicious variation. While sometimes referred to as Yokohama ramen, it is actually different from the original Yokohama style ramen which came earlier from the Naka ward of Yokohama.

Less than 10 minutes walk from Yokohama Station, I easily recognize the place from the long queue. Although it was a Saturday, I didn't expect the queue as it was already about 230pm. I was contemplating just giving up on queuing but finally decided to be patient. The queue of approximately 50 people went a lot faster than I expected. I should have known that Japanese could slurp up their ramen at mach speed. 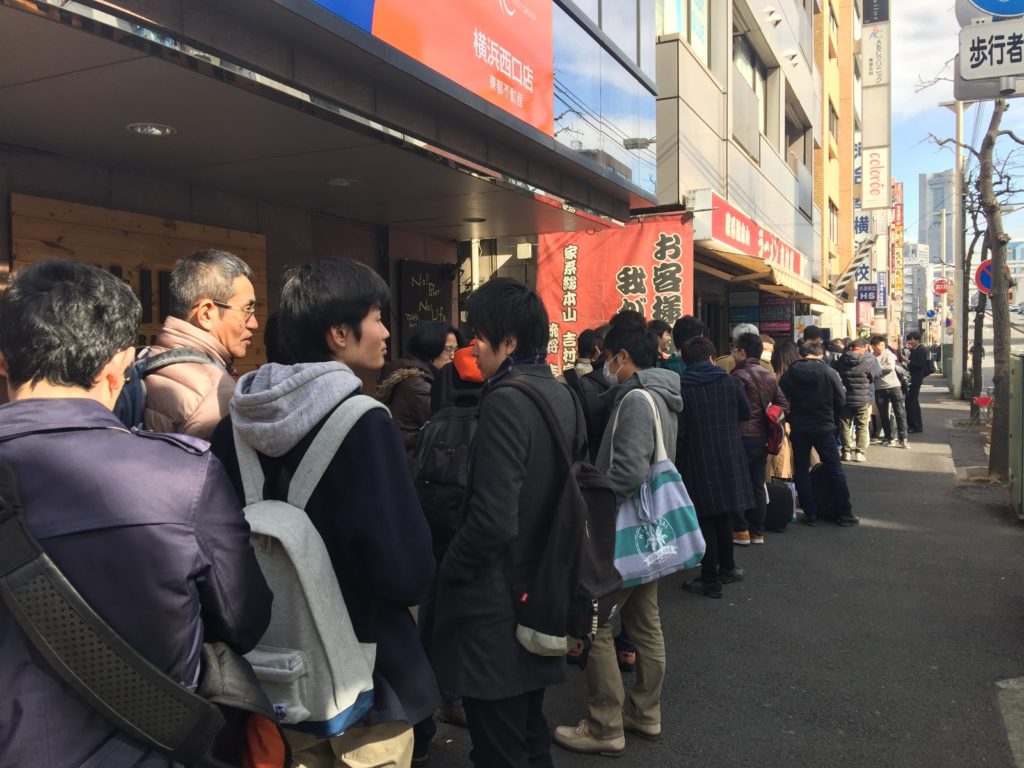 You will be asked to purchase your meal ticket from the vending machine while in the queue. I ordered the middle portioned ramen which cost ¥810. The normal portion which just says “ラーメン” on the vending machine, which is referred to as “small” when the chefs organize the orders, is very cheap at ¥700. In my experience, most ramen of that portion usually costs about ¥800-1000 in Tokyo. I also added an Ajitama (seasoned egg) which costs just ¥40, as opposed to a usual ¥100-150 in Tokyo. 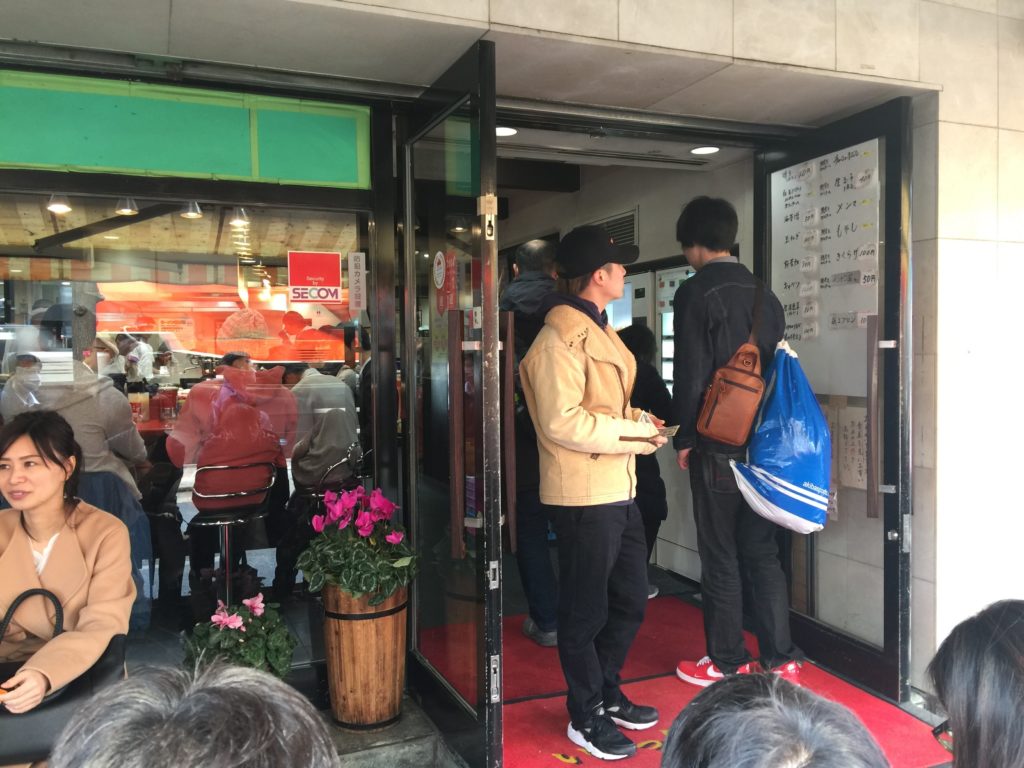 You have to buy your ticket before entering.

An interesting thing is that unlike the usual meal tickets at other ramen shops, the tickets here come in the form of colored chips. 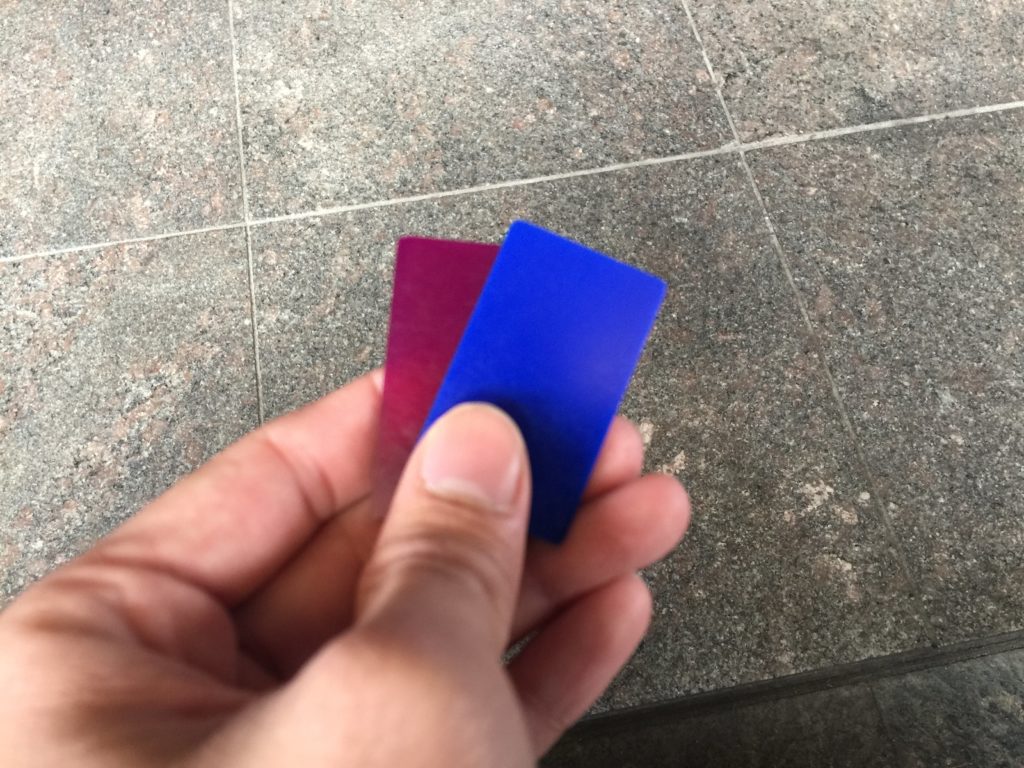 They use colored chips instead of printed tickets like most ramen shops.

The staff will confirm that you purchased them by asking you to show it to him one by one, which is a little strange for first-timers. For those at the front of the queue, they will also be asked for their preference of the noodle thickness and how strong they want their broth to taste. The wait time was about 45 minutes for me.

About 10 of us were ushered into the store at once. For those who weren't at the front of the queue, we were asked about our preference after being seated. I asked for a stronger tasting soup and normal thickness of noodles. I realise that we were seated in batches because the ramen was prepared in batches. The chef kinda lay out a row of bowls and prepares them component by component. 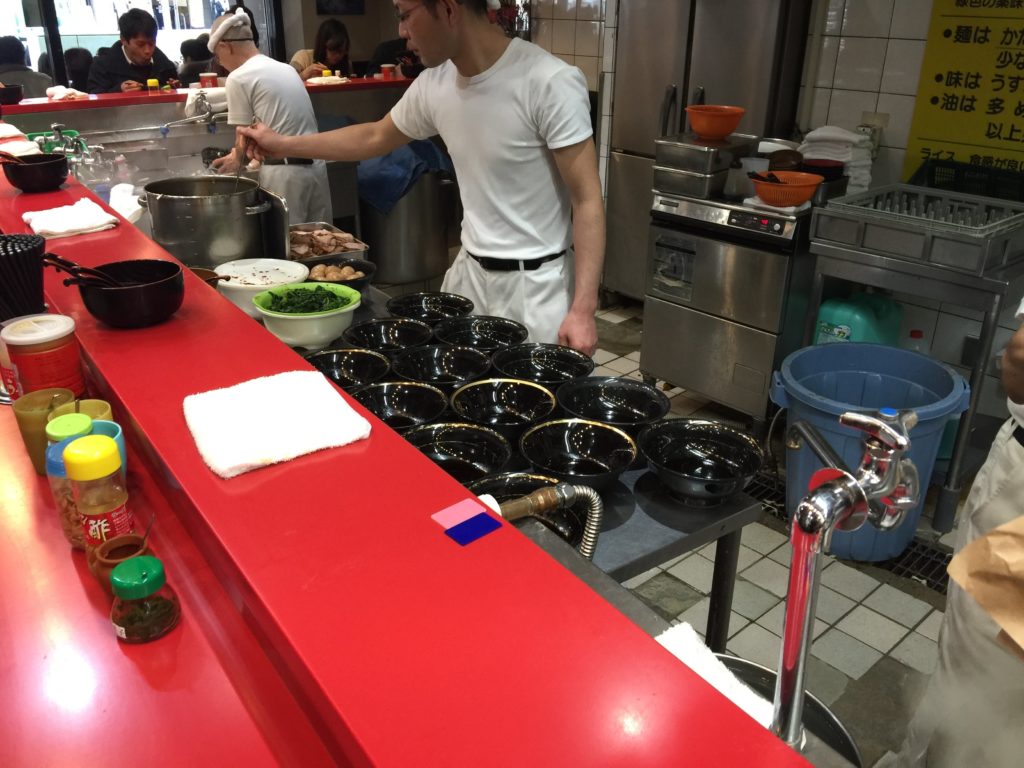 Ramen is prepared in batches.

The noodle was served fairly quickly. The noodles was on the softer, less chewy side. The meat was thin and nothing out of the ordinary. 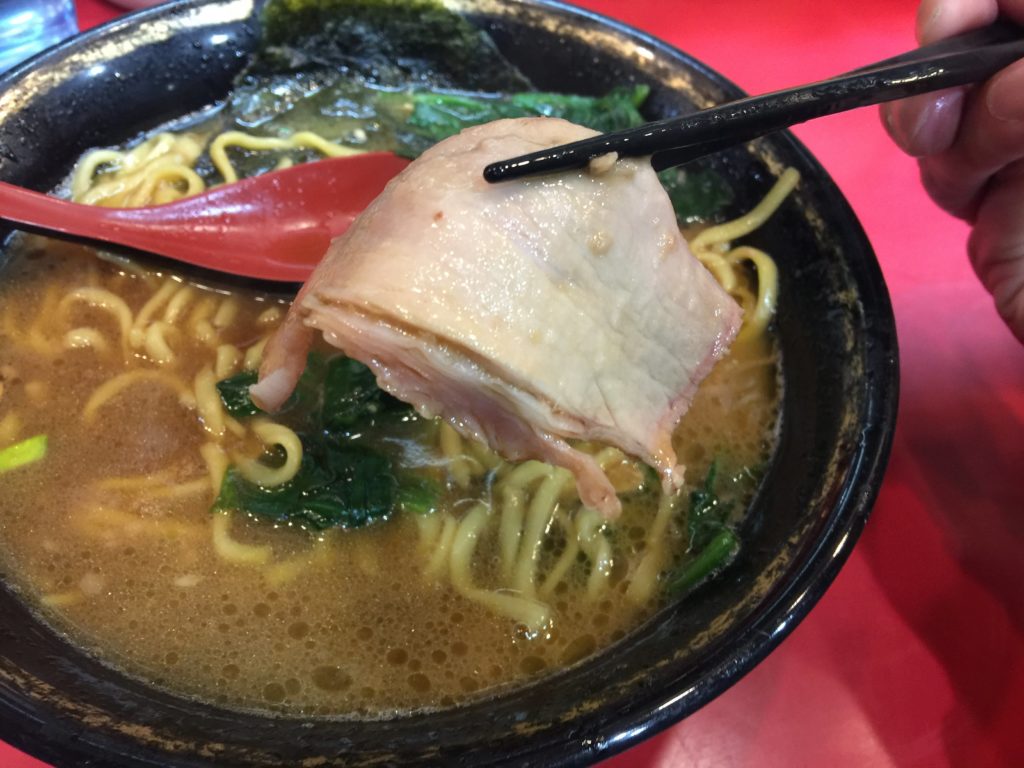 Meat is on the thin side. 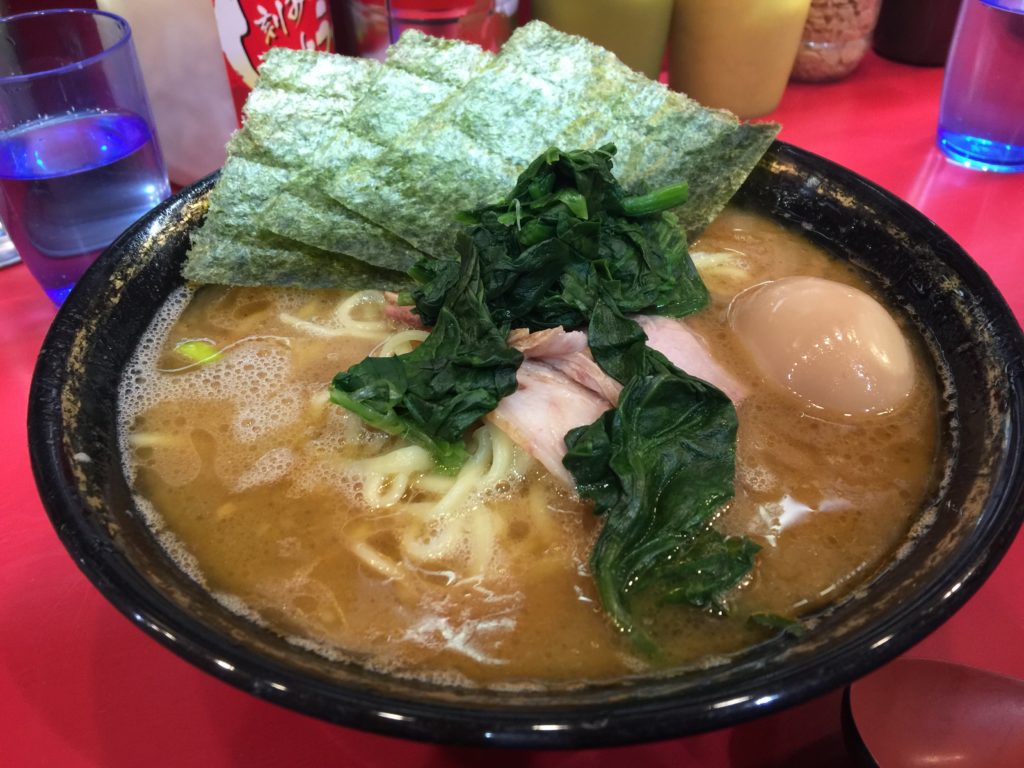 There was also a generous serving of seaweed, which not only accentuates the visual aspect of the ramen, but adds the umami taste that gives the broth the next level of depth.

For me, the mark of a good ramen is how much of the broth I drink after finishing the noodles and I finished almost all of it. I only stopped because I was full. While most ramen places are not the type of place that you can stay for a long time, I find that the customers Yoshimuraya finishes their meal especially fast and clear out, perhaps due to the lingering thought of keeping others waiting for their seat. In fact, I was the last one of my group even though I am usually a quick eater.

As expected of the originator of their own style of ramen, Yoshimuraya was definitely one of the best ramens I've had to date and certainly worth the wait time. Don't think this is as good as I say it is? Or maybe you know a better ramen that you want me to try? Let me know in the comments below. 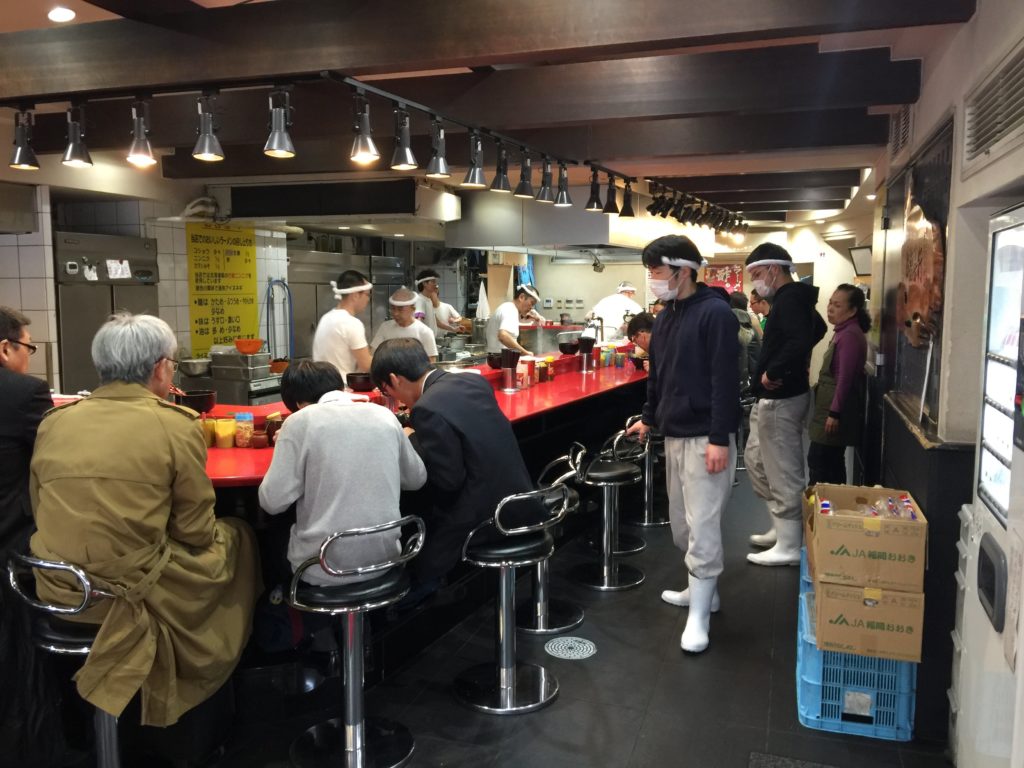 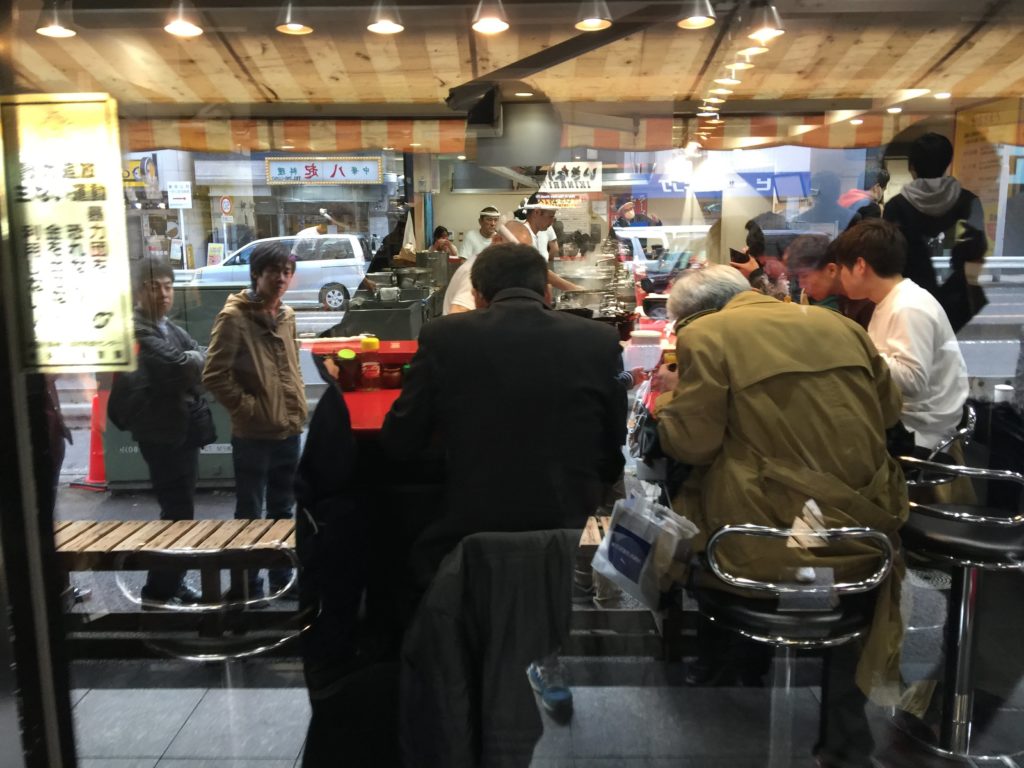 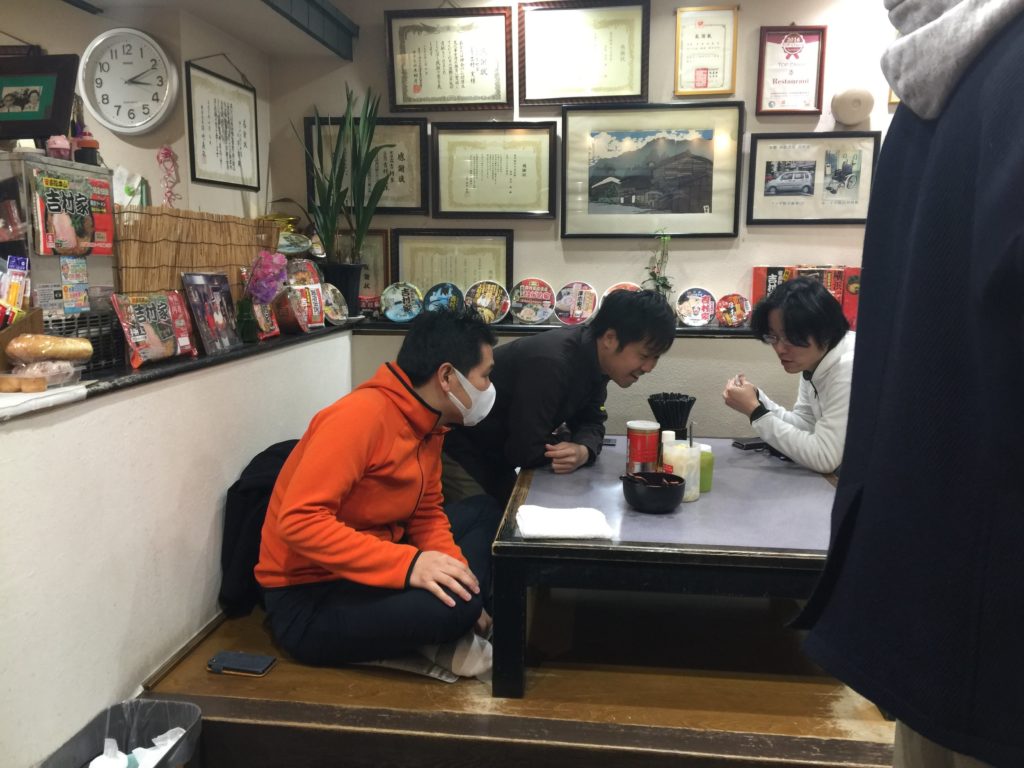 I designed a thing.

I found a 100 year old company that would create these heirloom quality canisters for me. They are handmade and will keep your tea leaves, coffee beans or anything that you need dry for years to come.