Meerkat and Friends is one of those “tourist traps”. Just like Robot Restaurant in Shinjuku, it's one of those places that the locals have no interest in, but is irresistible to the traveller. This is reflected in the 100% foreigner clientele when I was there. Although I have an acute allergy to anything touristy, I have no qualms about visiting touristy places once to check it off the list. I actually visited this place once with a friend, but didn't enter when my friend told me he had a cat allergy. Before going, you should also note that children under 15 are not allowed to protect them and the animals. Them kids are loud.

Since I was in the Hongdae area again, I decided to finally pop by here. It costs 12,000 won for the entry only, with drinks at a separate exorbitant price. I had the impression it was some sort of cuddly petting zoo with all sorts of friendly animal, but like most animal cafes, you would be sorely disappointed if that was your impression. 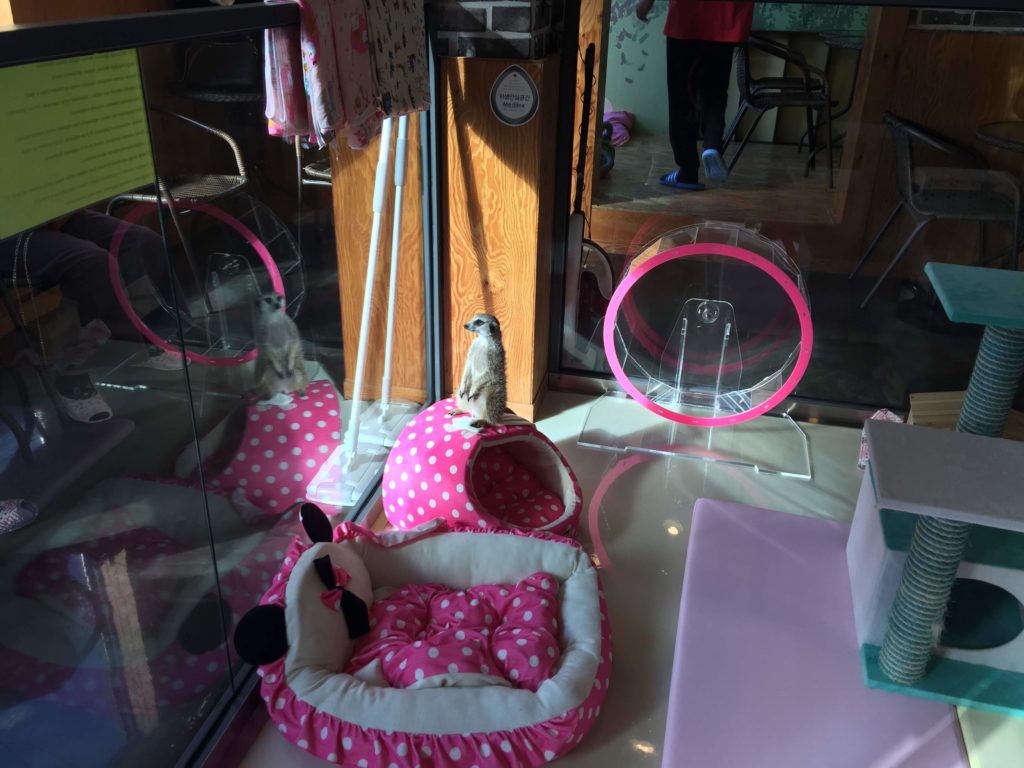 The meerkats were concentrated into an enclosure in the center. You could take photos but if you try to reach inside, the staff will immediately tell you not to. The staff here looked pretty sick of visitors not following rules and would tell you off curtly the moment you do something you shouldn't. You would be asked to read a long list of rules before you enter the cafe as well as the meerkat enclosure. You would queue up and enter the enclosure in about groups of 6, with another set of rules to read before entering it. 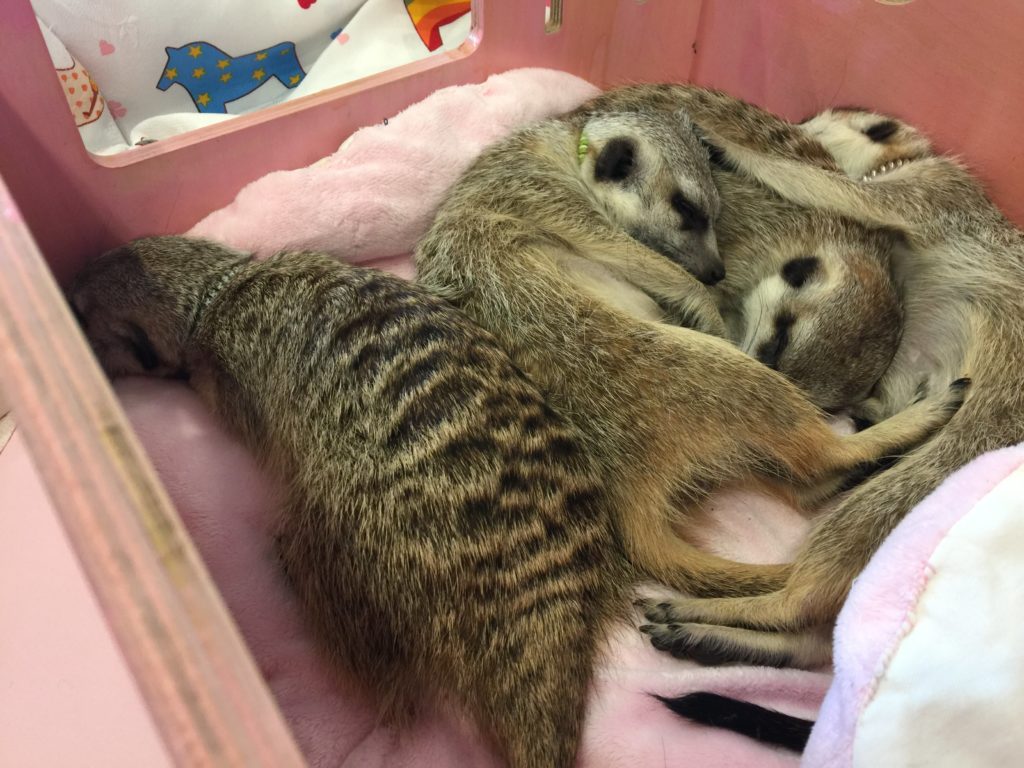 Some meerkats would scuttle around and climb onto you, but most will just be sleeping in the middle or standing around. You are not allowed to move around the enclosure, and you would just be petting the sleeping meerkats most of the time. There isn't much “cuddling” going on, mostly just picture taking. 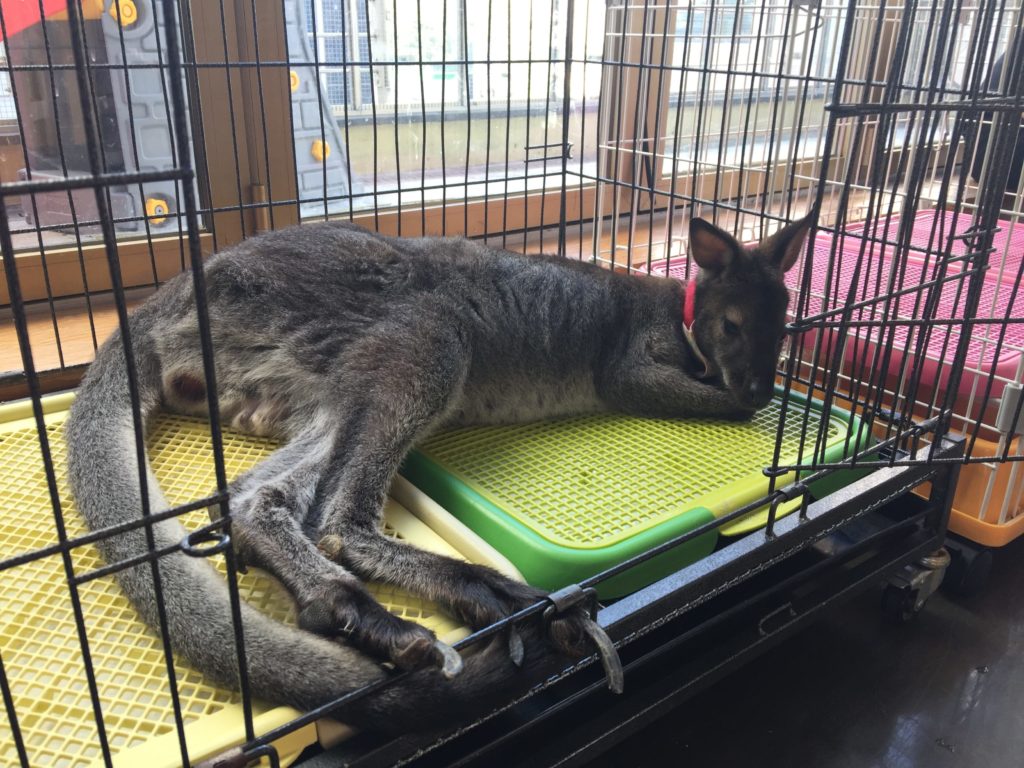 Apart from meerkats, there are other critters like kangaroos, cats, racoons and foxes. All of which are caged and not allowed to be touch. There is a small feeding show that you would be able to feed the foxes, but apart from that, the interaction with the creatures is underwhelmingly little. 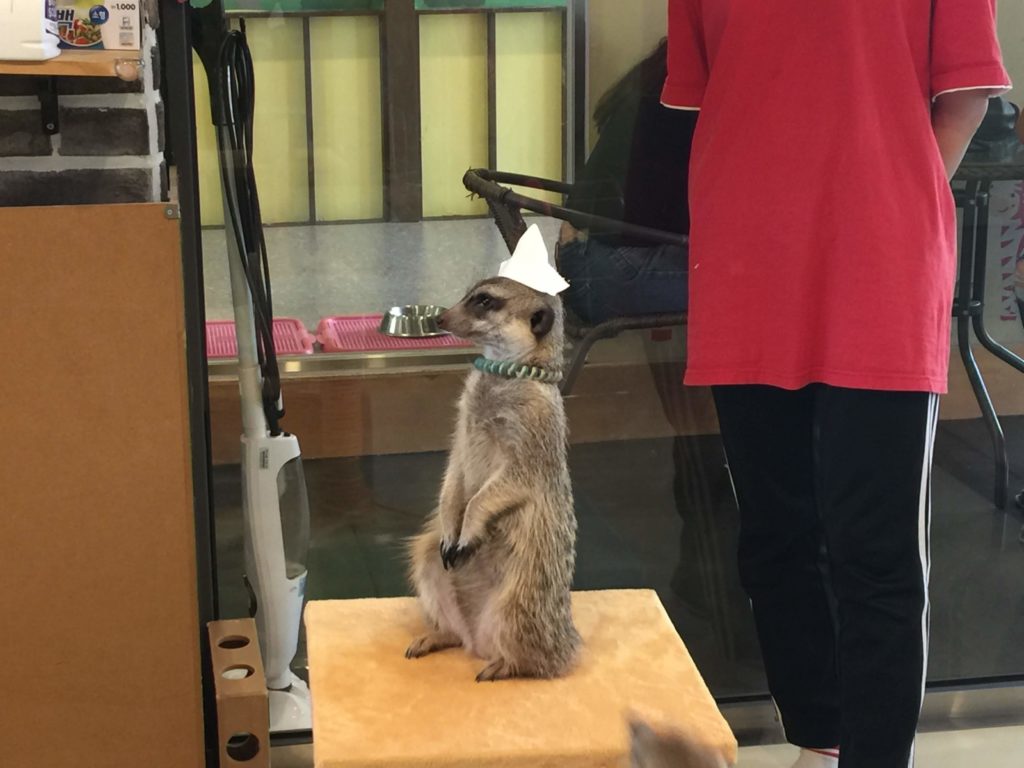 Once again, I would say it's alright to get overcharged and disappointed once in a while to see what the hype is all about. I do so when buying Supreme each week anyway.