I'm sure many of you can agree, Miyazaki Hayao's masterpiece, Spirited Away was one of the best movies I've ever watched. Apparent in the name of the movie “Sen to Chihiro no Kamikakushi”, you see the inspiration of the movie came from a Japanese folklore, Kamikakushi, or literally “hidden by the gods”, which refers to the mysterious disappearance of a person that happens when an angered god takes him away.

The story of Kamikakushi is about a young girl playing under a pear tree in her yard one evening and the suddenly disappeared, without a trace. Thirty years later, she returned, looking old and haggard, as a grown woman She remains silent, but made a half-apologetic remark that she “just wanted to see everyone once more” and then departs as mysteriously as she came. Her story remains untold, because no one wants to hear it. They know that she is kamikakushi, hidden by the gods and spirited, enslaved for the rest of her life.

The drama, “JOKER Yurusarezaru Sosakan“, makes references to the term, when the murderers who got away from justice, was served the protagonist, played by Sakai Masato, own brand of vigilante justice, disappearing from the face of the planet. Even his colleagues suspicious of his actions were not spared.

In fact, the legend states that if you pursue a person taken away by the gods, you'll face the wrath of the spirits as well. Even today, children who go missing are said to be victims of kamikakushi, spirited away by the gods. Some interpretations claimed that kamikakushi-ed children return from the other side, but not alone. Kamikakushi is also closely related to Toryanse, both of which are used in many cultural references.

In Spirited Away, Chihiro and her parents crossed a river, and when across, she cannot return and is being kept by the spirit world. This is based on an equally morbid tale, based of a children tune. Toryanse, or “Pass Through” is the Japanese version of London's bridge, where two children sing the tune as they join hands to form an arch. Other kids will go through the arch and when the song stops, the arch comes falling down, with anyone being trapped in between to switch places with one of the arches.

The song is a portrayal of an exchange between a civilian and a gatekeeper at Kawagoe Castle. In the Edo era, the infant mortality rate was so high, that civilians celebrate their child reaches the age of 3, 5 and 7 and they were only allowed to visit the Miyoshino shrine within the castle compound. Because the flood of civilians through the castle gates allowed for spies and thieves to sneak in, those who try to leave faced strict interrogation, making the return a frightful experience, that you may be mistaken for a spy and be trapped within the gates.

Major pedestrian crossing in Japan have adopted the creepy tune, demonstrating that, like the original story, its easy to go through, but hard to return. So while Spirited Away invents its own version of Kamikakushi with fantasy, the origins of the story is pretty morbid, but yet intriguing. 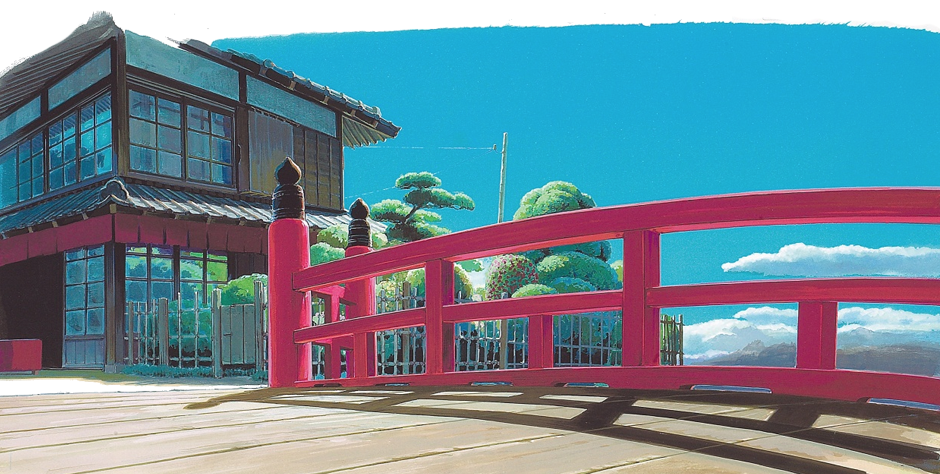